antiquing acts both on the surface and particularly on the shape of the element, smoothing the edges, rounding off the shapes, and ‘scratching’ the monolithic shape of the terracotta base element in a targeted and skilful way. It gives a further touch of tradition and wear wherever this effect is sought: to create contrasts with the new or to fit harmoniously into a pre-existing context. Antiquing is a process that can be combined with all the texture effects of the element, such as sandblasting, rolling, grooving, orange peel bush hammering, etc … and is also producing – like enamelling – a quantity of final effects difficult to quantify. 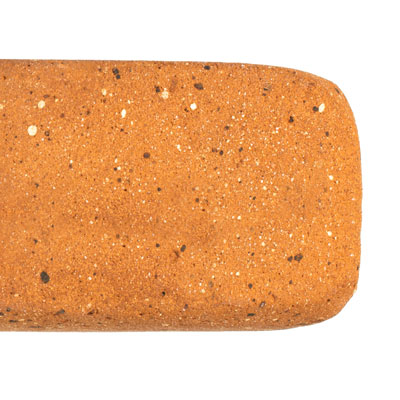